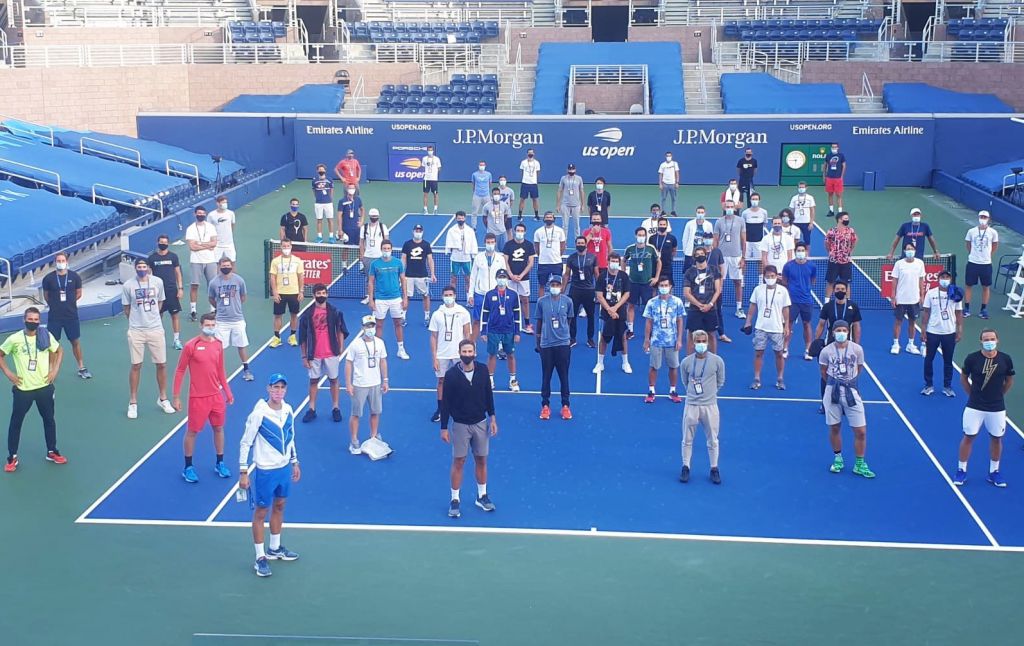 Dear Players and Colleagues, As you all know, I have been blessed in my tennis career. I have no interest other than the sustainability and future of tennis. Working with our colleague Vasek Pospisil and dozens of you over the past year, we tried hard to advance player interests both within the ATP structure and directly with the grand slams. To put it simply, even as the number one ranked player in the world, we have been rebuffed. We have had the door slammed on us. We have not been respected.

I have been part of “tennis politics” through player council for the last 10-15 years. I have seen 4-5 different presidents and many Board Reps , ATP management etc.. Please know that Players Association project is not a new project. It’s a “idea” that has been going around the tour for 30 years. Many players in different generations tried to set up Union/Association of Players that would allow Players to have better and stronger representation in the tennis ecosystem. So far no one managed to concretely set up this association. There are many reasons and factors why it didn’t happen until now but probably biggest reason is because players were not united. ATP structure that is flawed for players. I don’t think ATP structure and system is helping players. It has been proven many times in the past that this system is going against players. I am not blaming anyone individually. Various presidents and managements tried to do different things over the years. And of course some good things were done for our tour, without the doubt. But I think that most of you who have been on the tour for a while would agree that players are not regarded and treated as they should be in this system. Many times we are not even asked what we think and feel about certain situations. For example, last night ATP CEO decided in 5min that they will cancel competition play for today. No one has reached out to me or any other player who is still competing in the tournament. I find that very disrespectful and wrong. Of course, this is only one example. There are many. I have been part of the Council because this platform was ( is still ) the only platform through which we can fight for players rights.

But for those who know how structure works, you will know players council is NOT making any decisions. Our Board Representatives are the ones that make decisions and they are chosen by us but it has happened quite a few times in the last 10 years on some big decisions that they go against majority of players interest . And as you know, other 3 members of the Board are Tournaments. 95% of the times we have conflict of interest between players and tournaments. Because of ATP bylaws, for many decisions it is necessary to have “super majority” of votes on the Board, but often that doesn’t happen because players and tournaments don’t have common goals. So then, nothing happens because you don’t have super majority. And in certain voting circumstances where you don’t need super majority, President is usually the one that needs to break the even vote and make a call himself which side he supports. You can imagine how much politics is involved there.. I have seen it all. It’s not an easy position to be in as a President in a system that just doesn’t work!

That’s why we are fighting so much with Slams over Prize Money, Tv Rights, calendar arguments with 1000 Masters events, etc.

unfortunately, many of the top people of governing bodies on our sport are laughing at players because players are not united. We are not taken seriously.

these are all reasons why time is NOW to create Player Association.

But we need to and we deserve it!

So now, Vasek and I have retained one of the leading global law firms with offices in 52 cities around the world, Norton Rose Fulbright and its chairman Walied Soliman. Through Norton Rose we tried to engage with the grand slams and were completely and disrespectfully rebuffed. After consulting with many of you, Vasek and I are proposing the establishment of an Association for our tennis players. I want to be clear; this is perfectly legal in all jurisdictions, this does not impact your ATP membership or standing and we are not proposing any job action at this time. We are simply proposing an establishment of an Association that, with strength in numbers, will be able to speak to the ATP, the grand slams, and others about the interests of tennis professionals and the future of the sport.

Reasons why we decided to go ahead with Player Association is following ;

• We agreed to allow one year for Andrea to execute his mission. But as you know, we are experiencing many many changes from January 2020. Unfortunately, many players ( including myself ) are not pleased with the way ATP management was handling the circumstances in the last 5months. Several major decisions ( Ex. Points on Us Tour, restrictions, dealing with authorities, schedule, etc ) that were made even without full support of council. I am / we are aware it’s a tough time for anybody right now to make decisions on anything. It’s the process of lack of communication with players in big decisions and exclusion of players that is bothering me/us.

• Players Association is not a new thing. It has been in the “air” since many years. You both know very well that GS, ITF, Tournament owners have been literally laughing at us in the previous decades because we are not united. We players think we have some power ( excluding top guys in some specific situations ) but we actually don’t have executive power. Players who are in the Council are “shareholders” of ATP and technically have affect on what is being decided. But many times that’s actually not true. And you guys know that very well. Many times because of the ATP structure ( 50-50 players/tournaments) there is a conflict of interest and decisions can’t be made. Because by laws of ATP allow only in certain decisions for President to decide ( that has proven to be more on tournament side in the past unfortunately/not Andrea now ) or it has to be super majority of votes on Board ( 6 votes ) which in most cases is not happening.

• Player Association is not being formed because of a need for conflict but because of a need for stronger player representation. Many players in many generations in the last 30 years have talked about Player ONLY association but nothing concrete came out of it because there was not enough unity. Right now time is ripe and there is a super majority of players in top 500 singles and top 100 doubles that want this Association to happen. Obviously with or without top guys it’s a big difference.. We are hoping we can get you all to be supportive of this long waited player association..

Player association will have its initial trustees. Association will most likely ( at the beginning ) not have executive decision making position in the eco system of tennis but that will also gradually change. We need to start from somewhere. We need to show our unity and strength. Not because we want to fight but because we want to be consulted, valued , respected on all big decisions that are happening in our sport and so far that has not been the case. We all know how many Agents, Federation people, business people have been on the Board and/ or another influential positions in sport have been there for decades working on their own interest, not caring too much about players. It’s a monopoly and that why in order to change something in favor of players we need to show unity ..

My friends, I have nothing to gain from this other than advancing the interests of the players and our sport. I hope you understand and all want you to join us on this historic journey.

Of course, Vasek and I will step down from the Player Council as soon as we have officially created the Player Association