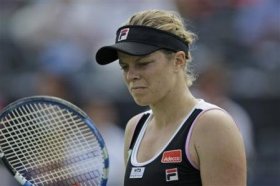 In the men’s draw, Sam Querrey and Benjamin Becker have been forced to withdraw, each of them suffering from elbow injuries. Their places in the main draw will be taken by lucky losers, i.e. the highest-ranked players from those defeated in the final round of qualifying. Lukasz Kubot and Flavio Cipolla, seeded No.2 and No.9 respectively, stand to benefit should they lose on Thursday, but they would obviously prefer the ranking points, prize money and of course confidence that goes with a third-round win in qualifying.