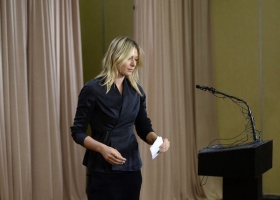 Maria Sharapova squalificata per due anni

Veramente, la Wada sta valutando la possibilità di presentare ricorso al Cas….the Wada spokesman Ben Nichols said:“We can appeal the decision given by the organisation, in this case the ITF, or we can cross-appeal if an athlete makes an appeal and we don’t agree with that line of thinking.”
He added: “That’s where we are, and we don’t have an affirmative on which way we’ll go. We look at these cases as a matter of course and then we take a position.”
Staremo a vedere…

Ms. Sharapova and Mr. Eisenbud
were very familiar with the facility to ask the WTA for
advice as to whether a substance which she proposed to take was prohibited in or out of
competition. Documents in evidence showed that the player and Mr. Eisenbud requested
and received information
as to whether a substance was prohibited on a number of
occasions between 2011 and 2015

. In some cases the WTA was sent a photograph of the
label of the product in question. One typical example is an email sent by
Ms
Sharapova,
copied to Max Eisenbud, on
10 June 2015 to Kathleen Stroia of the WTA…….

At the end of his evidence Mr. Eisenbud
stated that
he had no training to understand the
composition of the Prohibited List. On his evidence he professed not to have the basic
understanding, which is required of every athlete subject to the WADA Code, of how the
Prohibited List works. With only the brand na
mes of
3
products
and no knowledge of their
ingredients he could not sensibly have begun to check those substances against the list. His
evidence did not explain why with that lack of understanding
and expertise
he was
prepared to accept the
important
resp
onsibility of checking whether Mildronate was
prohibited, why he did not delegate this task to his assistant who could easily have made the
necessary enquiries, or why it was necessary to take a file to the Caribbean to read by the
pool when one email coul
d have provided the answer. The absence of any documents or
records evidencing Mr. Eisenbud’s system speaks for itself. Critically he does not
explain
why the 3 substances inherited from Dr. Skalny’s regime were treated so differently from all
the other
medications and supplements
which were vetted by the player’s medical team
, not
by him,
and recorded in emails and medical records.