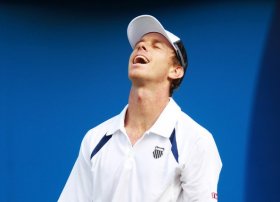 Prior to the 2005 Wimbledon Championships, American player Justin Gimelstob faced George Bastl from Switzerland in the final qualification round. Gimelstob, who was the highest-ranked player remaining in the qualifying tournament, aggravated a chronic back complaint during his second qualification match against Vladimir Voltchkov. Gimelstob planned to withdraw before the match with Bastl, and informed his opponent of his intent. However, officials suggested that Gimelstob play at least one game, as it was almost certain someone would withdraw from the main draw before the tournament started, giving Gimelstob a good chance of getting a berth as a lucky loser (as well as giving him time for his back to recover).[3] Gimelstob did indeed enter the main draw as a lucky loser after the withdrawal of Andre Agassi, reaching the third round, where he lost to Lleyton Hewitt.

While Gimelstob’s behavior was not generally considered unethical, it was nonetheless clear that any player in his position would have little incentive to play a competitive match. For example, a high-ranking player paired against a lower-ranked friend might deliberately lose the match to help his friend gain entry to the tournament, if the first player had already clinched a lucky loser spot. The possibility of bribery was also a concern.

Shortly thereafter, a new policy was introduced in Grand Slam tournaments. Since 2006, the four highest ranked players who lose in the last round of qualification take part in a four-way random draw, the results of which are used to determine the order in which each player will enter the main draw. Consequently, if only one main draw spot for a lucky loser is available, the highest-ranked loser has just a 25% chance of entering the draw, instead of 100% as in the past. This element of uncertainty helps to ensure that final-round qualifying matches remain competitive. However, this rule does not apply in all other tournaments.